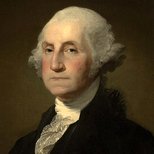 Crete Village Hall will be closed in observance of Presidents’ Day.

Presidents’ Day, officially titled ‘Washington’s Birthday’ is in honor of George Washington, who led the Continental Army to victory in the American Revolutionary War, presided at the Constitutional Convention of 1787, and was the first president of the United States.